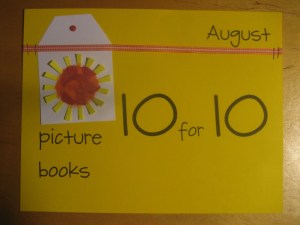 “The more clearly we can focus our attention on the wonders and realities of
the universe about us, the less taste we shall have for destruction.”
~ Rachel Carson ~

Thank you to Cathy Mere and Mandy Robek for creating and curating this celebration of picture books. You can read all the lists contributed to this labor of love here. It is teachers like them, and others in this community, who will keep the gift of stories alive for years to come.

There was a story on NPR recently about how science teachers are dealing with push back from students because of fake news. I wasn’t surprised to hear that climate change was a controversial topic, but I was shocked when one teacher said that students were challenging him about the Earth being round. How is such a view even possible? The more I thought about this, the more I began to wonder if such skepticism for long-established scientific facts is related to the decrease in the amount of time kids spend outdoors. Much has been written about “nature deficit disorder,” a term coined in 2005 by Richard Louv in his 2005 book, Last Child in the Woods. I’m sure there are many skeptics about Louv’s theory, but too many students tell me they spend entire weekends inside for me to doubt his theory.

I know reading books is no substitute for spending time outside, but these 10 books should whet anyone’s appetite for sunshine (or moonshine) and fresh air. After all, as Henry David Thoreau once said “we can never have enough of nature.”

1. What Are You Waiting For? by Scott Menchin, illustrated by Matt Phelan (A Neal Porter Book, Roaring Brook Press, 2017) 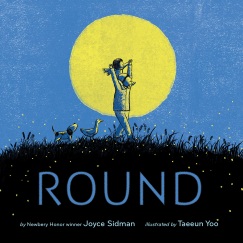 5. And Then Comes Summer, by Tom Brenner, illustrated by Jaime Kim (Candlewick Press, 2017)

10. The Specific Ocean, by Kyo Maclear, illustrated by Katty Maurey (Kids Can Press, 2015)

My previous Picture Book 10 for 10 lists: