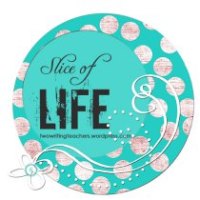 We got new laptops last spring and changes were made to the way we save and access old files on our server. This transition has been fairly smooth, but today I went looking for an old file that wasn’t showing up in my document folder. I found it eventually, after I uncovered some real treasures.

Early during my first year of teaching, I got a terrible head cold and stayed home one day to rest. For some reason, I picked up a copy of Natalie Babbitt’s The Search for Delicious that had been sitting on my shelf for ages. From the moment I began reading, I knew I had to read this book to my third graders. Here was a magical tale, rich with descriptive language. The final sentence of the prologue, which foreshadows everything to come, is a perfect example:

“Nobody believed [mermaids, dwarves, and woldwellers] were real any more except for an occasional child or even more occasional worker of evil, these being the only ones with imagination enough to admit to the possibility of something even more amazing in the world than those commonplace marvels which it spreads so carelessly before us every day.” (p. 10)

Babbitt’s story is that of Galen, son of Prime Minister DeCree, who is writing a dictionary for the King. Everything is going well until he gets to the word “delicious.” No one in the palace is satisfied with “Delicious is fried fish,” so Galen sets out to ask everyone in the kingdom their choice for delicious. Galen’s is a classic quest; he encounters friends, foes, and discovers much more than the elusive definition of delicious.

At the time, my students were struggling with adding descriptive details to their writing. I decided to have them write their own straight-forward definition of delicious, using Babbitt’s example as a starting point. Then they added details describing what made their choice so delicious. We wrote these in the computer lab and illustrated their definitions using KidPix so they could practice their computer skills as well. Here are some of their creations, long-buried in a folder on our school’s server:

Thank you to Stacey and Ruth at Two Writing Teachers for hosting this Slice of Life Challenge!